Please Join Us Today in Prayer

We believe in the power of prayer to heal sickness, to provide for families, to surround believers with a hedge of protection, and to change lives for the better. God’s Word tells us that all believers can go boldly unto the throne of grace in times of need, whether those needs be our own or those of others. Please join us in praying for others around the world.

Who We’re Praying For Today

Sadia (anonymized) is a Christian convert from Islam in Cameroon. Now 19 years old, Sadia became a Christian through the testimony of some friends and was secretly baptized in November 2017. When her family found out, they were very angry — forcing Sadia into hiding. In 2018, she was diagnosed with cancer and since then has faced two surgeries and aggressive chemotherapy. Today, she remains determined to follow Christ.

Cameroon: Please thank the Lord for Sadia’s faith and courage. Pray He would continue to strengthen her as she perseveres through her cancer battle.

Syria: Pray for the Armenian Christians affected by the Syrian conflict. The relationship between Turkey and Syria has come under intense strain this month as the two engage in military confrontation in Idlib. The two countries have come to blows over the province, with both wanting territorial access to it. Turkey’s actions in Syria increased greatly last fall with an invasion into the northeast. The aftermath of the invasion had disastrous humanitarian consequences, especially for Syria’s few remaining Christians. Read more on International Christian Concern.

MIDDLE EAST: FROM PAIN, A BLESSING

Pastor Pierre serves the Lord in Lebanon, including reaching out to refugees who have fled violence and war in Syria to find a safer place to live and raise their families. He shares the story of a man from Syria who came into genuine relationship with Christ after he lost everything in Syria — and even had his life threatened by terrorists. His family now joyfully shares that losing everything they owned on earth was worth it, because it brought them into joyful, eternal fellowship with Christ.

If you use gmail, please move your confirmation email from the promotions folder to your primary folder. 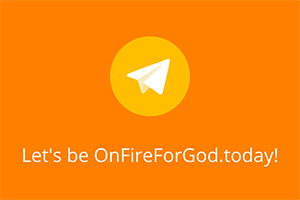