Is COVID-1984 the Answer to the “Problem” of Too Many Humans?

Earlier today, this photograph popped up in my Facebook newsfeed as a “memory” from March last year and I figured the photograph and my accompanying message (below) are too important to get lost in the depths of my Facebook timeline.

This photograph [source: BBC News] of people shopping at the flower market in Columbia Road, London tells us all we need to know. The message is clear. The man on the right is carrying a bag with three simple words: TOO MANY HUMANS.

The juxtaposition of this message with the three people wearing masks in the centre of the frame makes this photo too good to be true. This is how the psychopathic powers that be work. It’s called “revelation of the method”. That said, the psychopathic powers that be don’t always reveal their method but will always reveal their agenda in order to programme society to accept it when it’s implemented. Further, revelation of the method is used as a means of obtaining implicit agreement to the agenda. We the Sheeple have been told/warned and yet do nothing to resist. As far as they’re concerned, it’s on us.

Coincidentally — or not — the photograph is dated March 22nd (3/22). Order 322 is also known as Skull and Bones, the Yale-based chapter of the Illuminati that boasts amongst its alumni the Harriman brothers (Brown Brothers Harriman & Co.), Percy Rockefeller (Director of Brown Brothers Harriman), Harold Stanley (co-founder of Morgan Stanley), three generations of Bushes (Prescott, George H.W., Jonathan James, and George W.), five members of the Taft family (including William Howard Taft, 27th President of the United States), Charles Seymour (founding member of the Council on Foreign Relations), John Kerry, plus many other politicians, supreme court justices, bankers, “philanthropists”, and so on.

A year down the line and there’s still no question this was a staged photograph. At the time, it wasn’t the norm to see people wearing masks as fear propaganda hadn’t been pummelled into people’s minds, neither were they mandated anywhere. Today, not only are they mandated almost everywhere but also many Sheeple choose to don them even when they are someplace without a mask mandate.

Further, the TOO MANY HUMANS man is dressed entirely in black with accents of white, a symbolic Freemasonic gesture. Freemasonry is inextricably linked with the Illuminati through a shared foundation of esoteric “knowledge” that stems from the Babylonian Mystery Schools, including the worship of Egyptian gods Osiris, Isis and Horus, which were also the inspiration for the pagan Roman Catholic Church’s “trinity” doctrine, just as Isis and baby Horus were the inspiration for the Catholic “Mary and baby Jesus”.

As I wrote previously (early April 2020) in “Virus Propaganda & the One World Lockdown”:

Here’s what Mr Gates of Death had to say about this equation:

This equation has four factors, a little bit of multiplication. So you’ve got a thing on the left, CO2, that you want to get to zero. And that’s going to be based on the number of people, services each person’s using on average, energy on average for each service, and the CO2 being put out per unit of energy. So let’s look at each one of these and see how we can get this down to zero. Probably one of these numbers is going to have to get pretty near to zero. Now that’s a fact from high school algebra. But let’s take a look. First, we’ve got population — the world today has a population of about 6.8 billion [February 2011]. That’s headed up to about 9 billion. Now, if we do a really great job on new vaccines [toxic death shots], health care [toxic death drugs], reproductive health services [sterlisation and abortion], we can lower that by perhaps 10 or 15%. But there we see an increase of about 1.3.

While the approaches outlined by Gates are certainly working together to lower the population, something else needs to occur to reach the “ideal” world population which is made explicit on the Georgia Guidestones, as stated in the first of ten “guides”, which reads: “Maintain humanity under 500,000,000 in perpetual balance with nature.”

The world currently has 7.5 billion people. To “maintain” a population of half a billion requires the current population to be more than decimated to the point that 14 out of every 15 people no longer exist.

In other words, the agenda of the psychopaths who control the world is to kill 14 out of 15 people.

That’s a big task, getting rid of 14 out of every 15 people. And while the powers that be have been launching an all-out attack on us for many years through myriad means in which pretty much everything is weaponised — such as, toxic air, toxic food, toxic water, toxic toiletries, toxic household cleaners, toxic drugs, toxic “vaccines”, and so on — the net result is all too slow. Cue the COVID-1984 “pandemic”, a perfect web of lies used as justification for lockdowns that are destroying economies and food supplies, worldwide, and “vaccines” that are designed to maim and kill.

Whether it be as a result of one of the “vaccines” or induced famine, through a combination of geoengineering and deliberately destroyed crops, huge numbers of people are very likely to die over the next few years. All “COVID” related. Yet nothing, whatsoever, to do with a so-called “deadly virus”.

Indeed, the “vaccine” deaths began immediately. Read through the many posts on Vaccine Impact, especially those that include the respective death and injury stats for the U.S., the UK, and Europe. When looking at these stats, bear in mind that less than 10% and possibly even as low as 1% of adverse reactions are ever reported. Thus, you can multiply all stats by between ten and one hundred to get a more accurate sense of the true ntumber of people who have died or been injured.

Beyond immediate deaths, the “vaccines” will cause a major increase in autoimmune conditions, as well as lead to more deaths in the months and years to come, something that Dr. Sherri Tenpenny explains in an interview with Reinette Senum.

This has all been meticulously planned. Both the “virus” and the “vaccines”, aka lethal injections. Not to mention pre-programmed via movies such as Contagion [which neither Sean nor I have ever seen]. Read “The COVID-1984 Conspiracy is a One World Order Out of Chaos Coup” for more context, including the biblical context for this heinous genocidal crime against humanity.

We are clearly in the long-prophesied last days in which the Antichrist will soon rise to power (2 Thessalonians 2:3-4) and the mark of the beast will be implemented (Revelation 13:17). Whether these “vaccines” are or aren’t the mark they are definitely leading there — getting people used to accepting something into their body in order to be able to go to the gym, the theatre, a sports event, get on an airplane or, as is being talked about in the United Soviet Kingdom, to enter a supermarket.

Caveat for clarity: While I don’t necessarily think these “vaccines” are the mark, I’m not willing to say this definitively and so, beyond all of the physical reasons not to take one, it’s important that we steer clear of them for spiritual reasons as we must be careful not to be deceived into allowing anything into our bodies that could, in any way, be connected to or become the mark via the “vaccine” nanotech agenda that’s being advanced through the COVID-1984 plandemic.

If you have not called upon Jesus Christ for your salvation, please do so now, for “now is the day of salvation” (2 Corinthians 6:2). 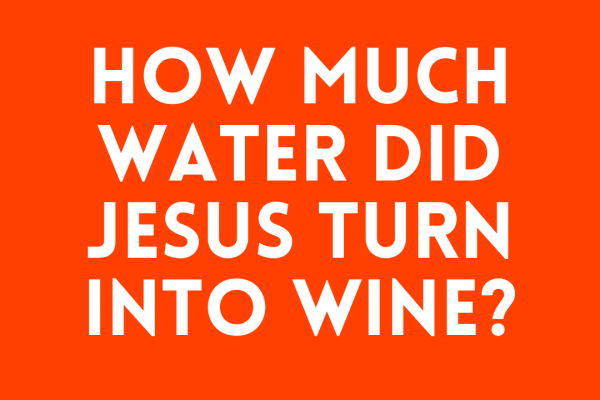 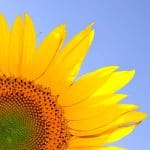 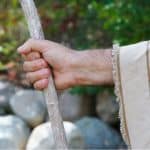