Digital Currencies Are Leading Us into the Beast System

Are you pro-digital currencies? An investor in them?

They are designed to be a crucial first step towards being able to preclude any and all folk — specifically, true Bible-believing followers of Jesus Christ — from either buying or selling who refuse to take the mark of the beast.

For any and all “Christians” who invest in or otherwise support bitcoin or any of the other cryptocurrencies that are leading us to the long-prophesied beast system of the Antichrist and Satan himself — please note that exceedingly obvious, in your face, all-seeing eye of Horus on the front of this bitcoin ATM machine.

Let us consider the etymological roots of crypto–

Satan is none of these things. Hallelujah!

And, yet, the satanists who control this present wicked world LOVE all things hidden, secret and underground (think: crypts, tunnels, DUMBs — Deep Underground Military Bases), where they can indulge in unspeakably horrific occult blood and sacrificial rituals.

Then said he unto me, Son of man, hast thou seen what the ancients of the house of Israel do in the dark, every man in the chambers of his imagery? for they say, The LORD seeth us not; the LORD hath forsaken the earth. He said also unto me, Turn thee yet again, and thou shalt see greater abominations that they do. (Ezekiel 8:12-13)

But — praise the Lord! — NOTHING IS HIDDEN, NOTHING IS SECRET to our loving Father who promises to right ALL wrongs and to bring EVERY single one of these wicked reprobates to full and eternal judgment, in Jesus’ holy and Most High name. Again, EVERY wicked word, thought and deed shall be accounted for on the Day of Judgment.

Let us praise our loving Father, Abba, in Jesus’ name, for He is good and His mercy endureth forever — concerning all who come to Him in faith and in truth, as opposed to those who don’t and are condemned already (John 3:18).

All sorts of folk who THINK they’re “resisting” the New World Order are, in fact, supporting it through their advocacy of the so-called Great Reset, NESARA / GESARA, Q Anon, the Great Awakening, the New Age, the Age of Aquarius, the New Dawn, etc.

“Currency revaluation” (RV) is a long-awaited part of all this, as it is likewise designed to obliterate the worldwide economy, to further enrich the wicked powers that be, through unprecedented worldwide grand theft, and to deliberately crash worldwide food supplies — all of which is well underway, though we’re only beginning to be impacted in the slightest of ways.

But the game here, as is ALWAYS the game with communist regimes, is the mass starvation of humanity by the synagogue of Satan (Revelation 2:9; 3:9; John 8:44), the creators of communism.

DELIBERATE MASS STARVATION. Think Holodomor in the Ukraine. China. South East Asia. Venezuela. etc. But this time it will be worldwide.

ALL of the above is Luciferian through and through. That is, out and out satanism.

Many of the supposed “resisters” of the New World Order are, meanwhile, aching for Gregory Hallett to be crowned King of the UK, Britain, England, Scotland, Wales and Northern Ireland, and, thereby, too, of all of the crown countries and territories worldwide. He’s already angling, too, to subvert the Magna Carta (saying it’s fraudulent) prior to, he says, “certifying” it as a means to “legitimize” the U.S. Constitution and common law.

He’s a delusional megalomaniac who, literally, says, over and over again, that he is the Messiah, and that the Bible points to him 130+ times. But the Great Reset fanatics are lining up behind this literal antichrist to raise him on high.

EVEN — are we surprised?!? — professing “pastors”, “ministry leaders” and “Christians”.

Please read and study the following passage from 2 Thessalonians 2 that would be an exceedingly good passage for everyone, every true follower of Jesus Christ, to lay to heart, speaking, as it is, of the Antichrist to come and all the gullible fools who have been blinded to truth by way of their unrighteousness in choosing the things of this world over God’s free gift of everlasting life:

And then shall that Wicked be revealed, whom the Lord shall consume with the spirit of his mouth, and shall destroy with the brightness of his coming: Even him, whose coming is after the working of Satan with all power and signs and lying wonders, And with all deceivableness of unrighteousness in them that perish; because they received not the love of the truth, that they might be saved. And for this cause God shall send them strong delusion, that they should believe a lie: That they all might be damned who believed not the truth, but had pleasure in unrighteousness. (2 Thessalonians 2:8-12)

Let us all glorify and magnify the Lord Jesus Christ — the world’s one and only true Messiah — for the remainder of our time in this wicked world which is soon to be utterly destroyed, NO MATTER the persecution and suffering shortly to come as the synagogue of Satan begins to starve and otherwise torture and behead us — including all those “useful idiot” “Christians” who have sidled up to and climbed into bed with the satanic nation-state called Israel, but which is, just like the synagogue of Satan itself, an empty yet wickedly evil shell given that the true Israel is Christ’s true body of believers, the true church of our Lord and Savior.

And as it was in the days of Noe, so shall it be also in the days of the Son of man. They did eat, they drank, they married wives, they were given in marriage, until the day that Noe entered into the ark, and the flood came, and destroyed them all. Likewise also as it was in the days of Lot; they did eat, they drank, they bought, they sold, they planted, they builded; But the same day that Lot went out of Sodom it rained fire and brimstone from heaven, and destroyed them all. Even thus shall it be in the day when the Son of man is revealed. In that day, he which shall be upon the housetop, and his stuff in the house, let him not come down to take it away: and he that is in the field, let him likewise not return back. Remember Lot’s wife. Whosoever shall seek to save his life shall lose it; and whosoever shall lose his life shall preserve it. (Luke 17:26-33)

If you’ve not yet come to Jesus Christ in faith and in truth, our Salvation page will walk you through all you need to know about both why and how to accept God’s free gift of everlasting life today. Don’t delay, as this world’s days are numbered! 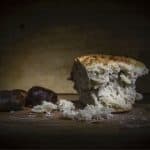